The A5 South Volleyball Board of Directors consist of coaches and parents of players with experience in other junior volleyball programs. Our Board provides guidance to our club and has a wealth of experience to draw from.

The Board and the Club Directors work in a joint effort to ensure the current and future success of the Club.

Marge Ramos returns to A5 South having worn many hats in the sport of volleyball.  She previously served as Coaching Director, Board Member and Master Coach at A5 South; and served as Youth Programs Co-Director, Summer Camps/Clinics Administrator, Club Banquet Manager and Food Coordinator at A5 North.  Her coaching career began in 1999 at local grassroots level clinics.  She began assisting with A5's youth program in 2006 and has since head coached & assisted teams in the 11U-15U age groups as well as middle & high school programs in the Atlanta area.  She is also a Lead Instructor at VolleyPerformance.  As an Oglethorpe University alumna, Marge contributed to the volleyball program as an Assistant Coach and Director of Volleyball Operations for two seasons.

A native of Manila, Philippines, she fell in love with the sport at the age of seven.  She grew up peppering with two of her sisters and briefly trained with the Philippine Youth National Team.  Her playing career as an Outside Hitter was spent in her homeland, which exposed her to international competition at the youth and high school levels.

Outside of volleyball, Marge spent many years as a human resources professional in the beverage and software industries, followed by careers in sports management, special events and the thriving Atlanta tv/film industry.  As a foodie and passionate home cook, she was inspired to obtain her culinary credentials and hopes to open a food truck one day.

She is extremely excited about the progressive growth of the A5 Family and looks forward to working with A5 South coaches, players and families.

She has been with A5 since 2010 having coached at A5 Gwinnett (GA5), A5 and most recently at A5 South as CVC (Competitive Volleyball Club) Director and Coach. Her high school coaching experience includes Director of Coaching/Head Varsity Coach, Bowling Green Christian Academy (2016-2019), Director of Coaching/Head Varsity Coach, The Galloway School (2013-2015), and Head Varsity Coach (2010-2011) Head JV Coach (2008-2010) Riverwood High School. Her collegiate coaching experience includes Associate Head Coach (2011-2013), Oglethorpe University.

She has extensive volleyball camp and clinic experience having been a VolleyPerformance Master coach in 2011-2015 traveling through North Georgia running high school camps/clinics and returning to VP in 2021. Additionally, she is the former Owner/Director of BRAVO Performance, running camps and clinics throughout South Central Kentucky. From 2016-2019 at the University of Western Kentucky she was one of the lead coaches that trained high school coaches during the summer. As a player, she was a Middle Hitter for UNC Charlotte and finished college as a Middle/Right Side at the University of Georgia earning a Bachelor of Science in Education. She attended South Mecklenburg High School and was awarded the Coaches Award in her sophomore year, was First Team AAAA All Conference, Captain and MVP her junior and senior year. She was also voted Most Athletic Female in her senior year.

Her leadership in her role as our new Youth Director along with her vast coaching and training experience with players of all ages brings excitement and energy to the gym. We look forward to how she will shape the youth programs at A5 South to reach and inspire the next generation of volleyball players. 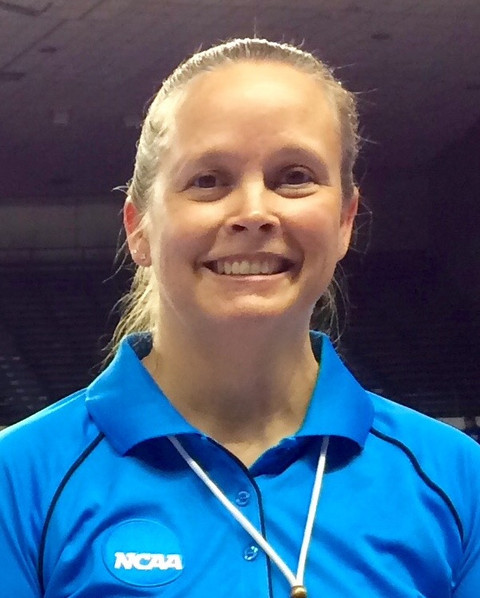 Michelle Prater has been involved in club volleyball for 24 years. She started in 1993 as a coach with Cedar Grove Volleyball Club. She became club director of South Atlanta Volleyball Club from 1995 - 1999. She coached with Tsunami from 2000- 2005. She moved on from coaching to pursue an officiating career. Michelle is certified as an International referee. She holds a PAVO and USA National Referee and USA National Scorer certification.  Michelle currently officiates in the SEC, ACC, B10, C-USA, and A-SUN.
Michelle holds many positions in the officiating world. She assigns high school referees for Atlanta Area Volleyball Association. She is the director of USA Volleyball National Indoor Referee Evaluations and Certification. 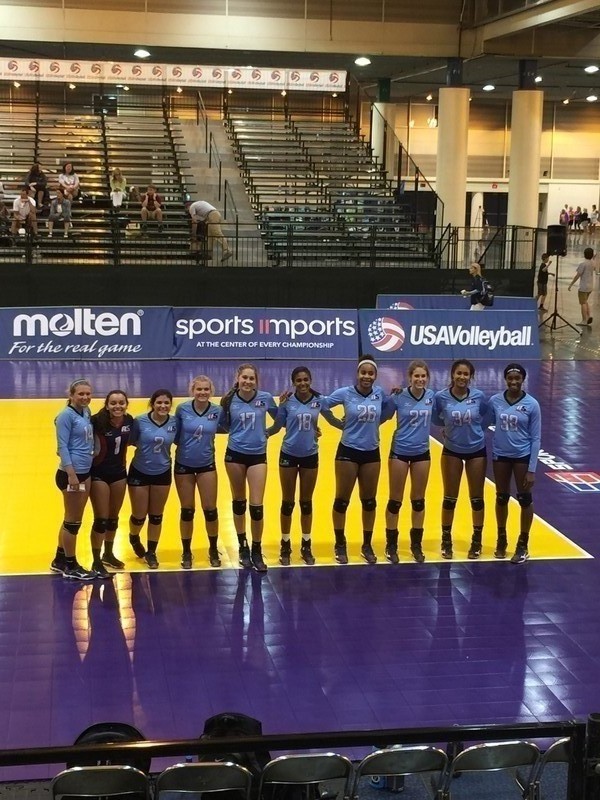